Sign in  Register
Give Your Comments
NewsletterClose
News / Highlight

In 1994, Hu Qiheng, then vice president of the Chinese Academy of Sciences, visited the U.S. for talks that led to the setting up of the first direct TCP/IP connection in China.

A quarter of a century after China was connected to the Internet, the country has developed from a follower of revolutionary technology to a forerunner in tapping its full potential and an advocate for building a community with a shared future in cyberspace.

Such a transformation is in full display at the sixth World Internet Conference (WIC) held in the river town of Wuzhen in eastern China's Zhejiang Province, where global thinkers of the Internet joined with Chinese tech gurus in seeking to create a better cyberspace that benefits all mankind.

"This year marks the 50th anniversary of the birth of the Internet," said Wu Hequan, an academician with the Chinese Academy of Engineering. "As the Internet sector continues to boom, China is poised to play a bigger role in its development." 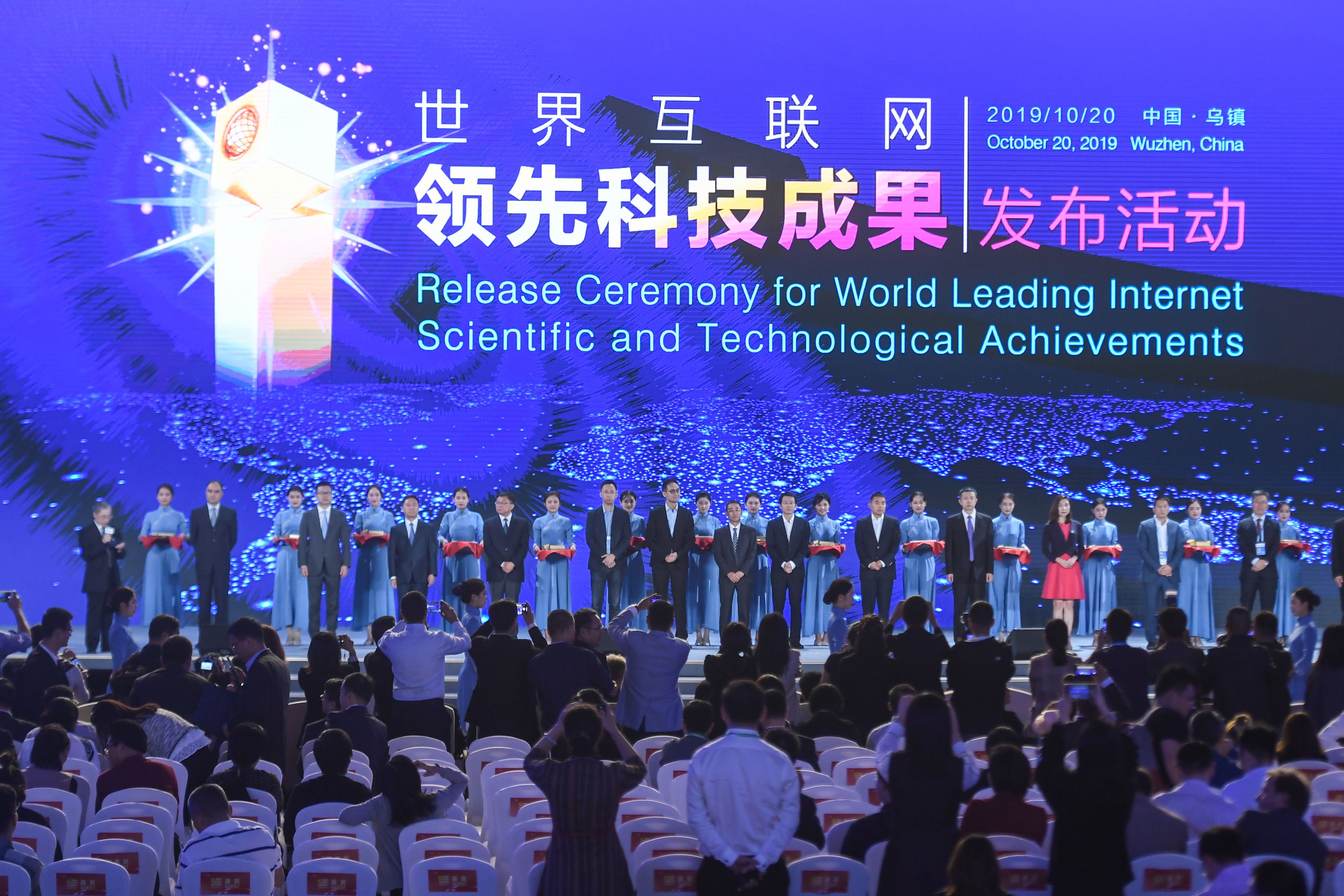 With the rise of cloud computing, the scale of a data center is becoming increasingly larger, making energy efficiency ever more important.

The Kunpeng 920, a chip developed by China's tech giant Huawei, not only boasts record-breaking computing performance but also delivers 30 percent higher performance per watt than the benchmark chip in the industry.

"Processors are the pillar of the computing sector. A powerful chip can greatly enhance a company's capabilities," said Hou Jinlong, senior vice president of Huawei.

The Kunpeng 920 was among the 15 world-leading scientific and technological achievements unveiled at this year's WIC.

The achievements, selected by a group of 39 experts from around the world, cover artificial intelligence, 5G, cloud computing, digital manufacturing, industrial Internet and other Internet-related fields. More than half of them were developed by Chinese tech firms. 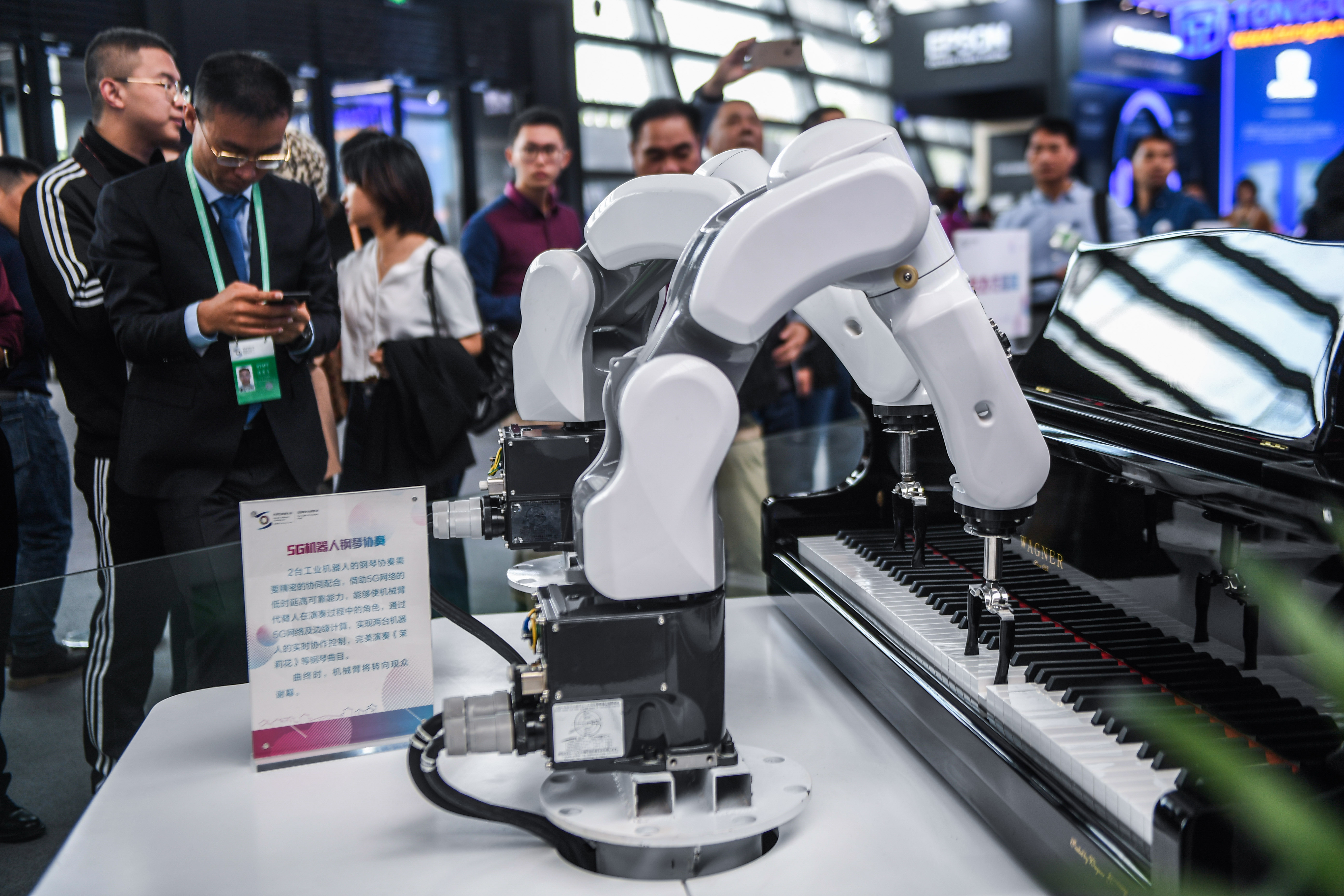 "Home to a growing number of tech giants, China has played a bigger role in the International Telecommunication Union," said Malcolm Johnson, secretary-general of the union. "In today's Internet, coordination and cooperation have been more important than ever."

According to the World Internet Development Report 2019 released during the WIC, China ranks second globally in the development of the internet, trailing only the United States.

Among all countries, China ranks first in the application of the internet and second in innovation capacity and industry development, said the report.

As digital technology is rapidly changing the way humans live, there has been an increasingly urgent need to harness its economic and social impacts and shape a constructive consensus for the public good.

"At the WIC, unveiling cutting-edge technologies to the world and promoting coordination in global cyberspace governance can help reach consensus and narrow differences," said Zhang Li, assistant president of the China Institute of Contemporary International Relations.

Zhang expressed hope that the international community could make joint efforts to overcome barriers and build a community with a shared future in cyberspace. In 2018, the size of China's digital economy grew to 31.3 trillion yuan (about 4.4 trillion U.S. dollars), accounting for 34.8 percent of the nation's gross domestic product, according to a report on China's internet development released Sunday.

The pilot zones will be established in the Xiongan New Area in Hebei Province, Chongqing Municipality, as well as Zhejiang, Fujian, Guangdong and Sichuan provinces.

The regions are expected to seize the opportunities to deepen supply-side structural reforms and play an exemplary role in developing the digital economy, said Yang Xiaowei, deputy head of the Cyberspace Administration of China.

The establishment of pilot zones aims to explore various aspects of the digital economy, including new production relations and resource allocation, so as to unleash new growth momentums, according to the plan for the pilot zones.

Please understand that womenofchina.cn,a non-profit, information-communication website, cannot reach every writer before using articles and images. For copyright issues, please contact us by emailing: [email protected] The articles published and opinions expressed on this website represent the opinions of writers and are not necessarily shared by womenofchina.cn.?